Transport unions call for immediate ceasefire and withdrawal of Russian military from Ukraine !

All our thoughts are with the people of Ukraine. The hearts and minds of transport workers around the world weigh heavily as we witness war breaking out.

We stand alongside the global labour movement and the international community in condemning the war, and call on all parties to adhere strictly to international humanitarian and human rights law. This conflict must stop now.

We know that transport workers are particularly under threat. We have received confirmed and unconfirmed reports coming through of the military targeting of transport infrastructure, the change of control of airports and railways, and the shut down of airspace and ports.

We stand in solidarity with the people of Ukraine, Russia and neighbouring countries calling for peace, dialogue and diplomacy. We are in communication with our affiliates and will do whatever is necessary to help protect and support their members and their families.

The ITF and ETF support calls from the UN Secretary-General António Guterres for peaceful settlement of the conflict in eastern Ukraine in accordance with the Minsk agreements.

We urgently need leaders on all sides to show restraint, diplomacy and urgently de-escalate the conflict to minimise the threat to civilian lives and livelihoods.

Further escalation would not only result in mass loss of life and displacement, but would also devastate the livelihoods of transport workers across the region and wreak more havoc on already strained supply chains.

All parties, including Russia and Ukraine, as well as across Europe and the NATO States, must do all in their power to de-escalate tensions and seek a peaceful, diplomatic end to this crisis, and ‘not start what may be the most devastating war since the start of the century’ as UN Secretary-General António Guterres said yesterday. 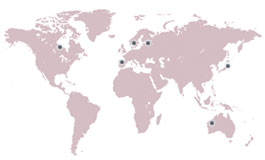